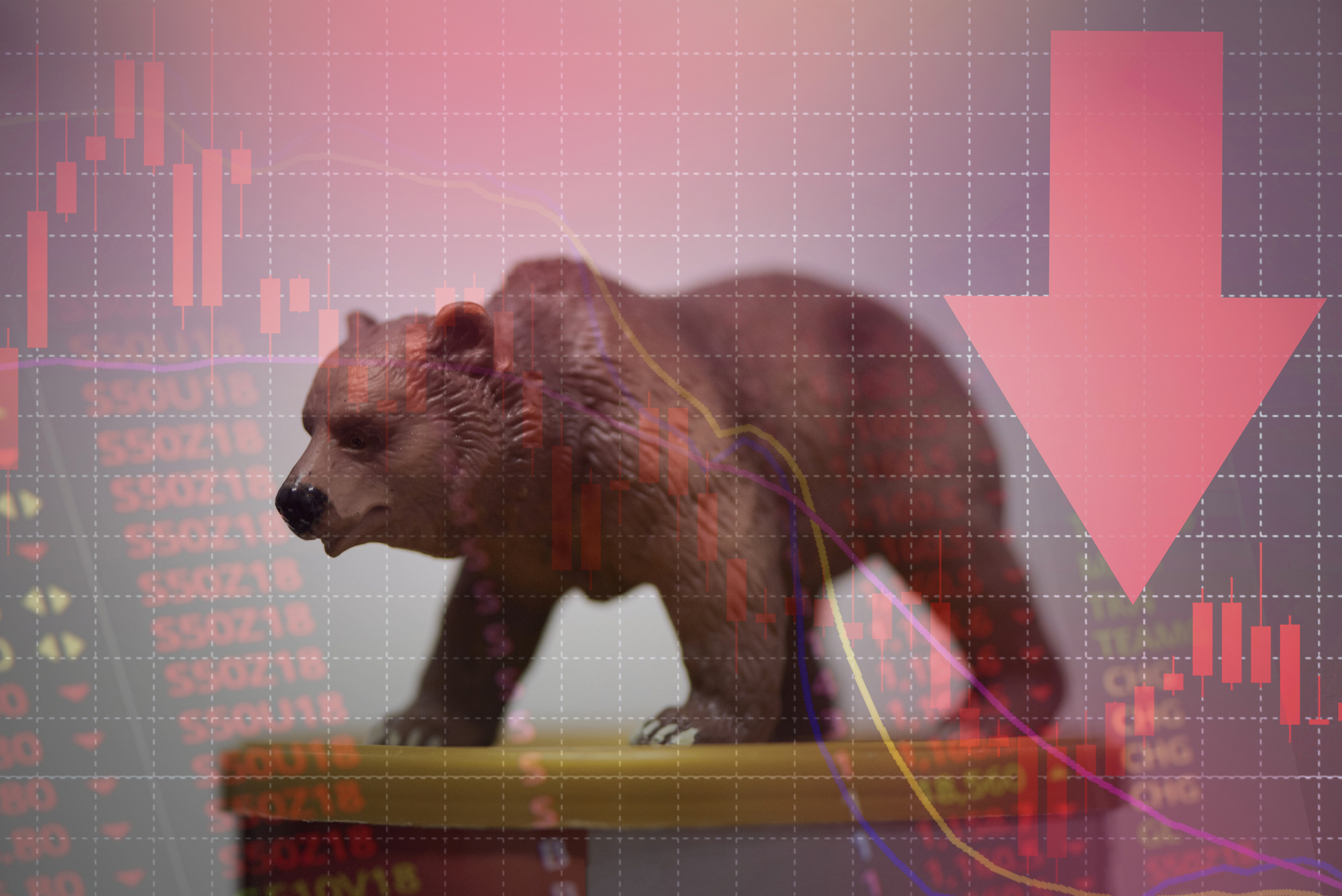 The state of the current crypto bear market can be scary to fresh investors. 😱  Sure, everyone knows that crypto is volatile, but just look at this market performance:

And that’s just last week, the yearly losses are much higher still!

For those who don’t know, that’s what you call a bear market 🐻 – a prolonged price decline of most assets on the market. It is usually defined as a decline of more than 20% from the recent highs. And if you look at the yearly chart, we went far beyond that:

But, the thing about bear markets is that they also open up a doorway to a lot of opportunities, specifically the emergence of a bull market as soon as the waters calm down.

A bull market 🐂 specifically refers to a strong upward trajectory of asset prices. Simply put – if the numbers are down at the bottom of the sea , they can only go up from there. 📈

Now, we are not saying that a bull market is upon us and it’s time to invest. But it is the most common successor of a bear market, so it’s important to stay informed about what is happening.

So, to better understand where we may be headed in the near future, let’s look at some big events that are shaping the crypto market right now. Read on to stay prepared! 👇

Just last week, Bitcoin’s price took an even deeper dive down the rabbit hole as it lost another $165 billion of its total market capitalization. This left many investors wondering if Bitcoin has already reached its bottom price. 🙄

For some, Bitcoin reaching its bottom would mean an investment opportunity, for others – a signal of an upcoming bull market. Take a look at this Coinmarketcap weekly price chart:

As you can see, while it started was at $20.25K last Wednesday, Bitcoin is currently sitting at about $19K.

Rekt Capital, a well-known crypto trading expert, stated that by the end of the year the price might take another major fall before it can eventually start climbing back up.

He mentioned the $20K barrier to be the last hope for investors, but the public may have to look for much lower support ranges very soon.

As far as how deep this fall can get – Rekt Capital predicts the price going down to $11-13K range by the end of the year. 📉

Ethereum Merge was celebrated by many as the best decision Ethereum has made since its inception. Many have also invested into Ethereum before The Merge, anticipating price hikes if it goes through smoothly.

Unfortunately, the prices have only moved down, following the rest of the crypto market. Look at the weekly price chart for ETH:

You may be wondering – shouldn’t the Merge have driven the price up? 🧐

Well, it’s important to realize that the Merge was never meant to be an overnight fix, it is a long-term solution for long-standing problems.

And despite its great influence on the world of crypto, Ethereum just couldn’t fight against the major market forces. The market kept falling and Ethereum had no choice but to go down with it. 🤷

Last but not least – despite its current decline, many believe that The Merge has made Ethereum a more valuable long-term investment, given the improvements that are yet to come in the future. And that’s what really matters in this case. 💎 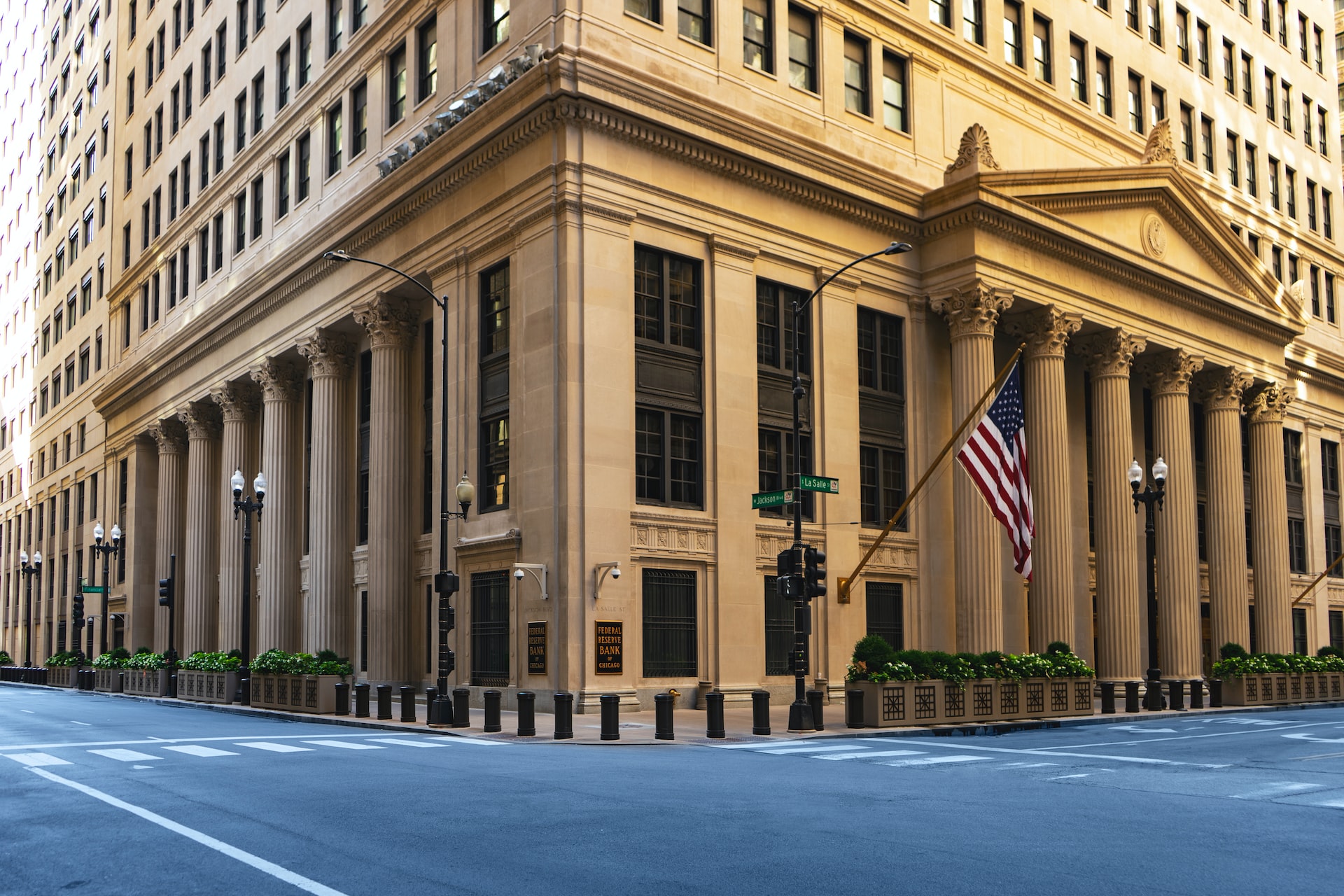 You may have heard of the bigger-than-expected inflation rates in the US – this info caused a major drop in the markets last week.

To deal with inflation, the Federal Reserve is now set to raise interest rates – this would reduce consumer demand and offset the current inflation. 🏦  The rates will be raised by at least 0.75% from the current value.

And this government move may trigger a crypto market rally – a period of sustained downfall of prices. As if the existing problems were not enough. 😓

Goldman Sachs predicts that aggressive rate hikes can cause the S&P 500 index to fall by a whopping 27%. This would in turn cause a deeper crypto recession, since Bitcoin is closely correlated to the S&P 500. 📉

And since Bitcoin is a major force on the entire crypto market, we can expect most other cryptocurrencies to follow in its footsteps.

Back in May 2021, Dogecoin had reached its peak, attaining a market cap of $90 billion thanks to its close relation with Elon Musk and the countless memes that spread like wildfire over the internet.

This was a 36,000% increase in just two years, but since then the value of the Dogecoin has been steadily going down.

Dogecoin is currently sitting at its lowest point since last year – about $0.058. And though technical analysis shows a possibility of it rallying upwards in the next couple days, we can expect more price drops when the Fed rate hikes take place. 📉

That said, there are also good news about Dogecoin. Because of an increase in trading volumes, Dogecoin overtook Polkadot in terms of its market capitalization. And this moved it into the TOP 10 of cryptos based on the market cap.

As you can see, the difference between Dogecoin’s and Polkadot’s market cap is currently over $755,000. This event shows that even though it is a meme coin, DOGE is still one of the leading currencies in the crypto world and a force to be reckoned with. 🐶

So what can we say based on these events? Most importantly:

But all things considered, we don’t believe that current market lows are a point of concern. And the advice that many experts give – that is to prepare for what comes after the bear market ends – seems more reasonable now than ever.

And as always – don’t take any opinions for granted and DYOR!

That said, if you are thinking of buying some crypto during the current lows, make sure to check out Guardarian.

With us you can buy over 300 different cryptocurrencies with over 5 different payment methods.

We will never charge any hidden fees and on top of that – Guardarian doesn’t require registration. Just choose what you want to buy and how you want to pay and receive your crypto in no time!

So come check us out at www.guardarian.com and stay prepared for anything! 💫