Buy KISHU fast and securely at the best exchange rate with Guardarian. Free of registration and worries. Spend your time and energy on what matters — we’ll handle the rest.

What is Kishu Inu (KISHU)?

Kishu Inu is a community-focused cryptocurrency. Started as a mem, Kishu Inu grew to over 150,000 holders and a market cap of over 2 Billion in less than a year. Kishu Inu wants to bring popular cryptocurenncy concenpts to the masses. Frictionless yield, NFTs, and decentralized exchanges, just to name a few.

Why to buy Kishu Inu (KISHU)?

Because you get paid just for holding the token. Kishu Inu holders receive 2% of every successful transaction that was finalized on the blockchain. Kishu Inu is fully decentralized and community-driven, which means that YOU can shape the future of KISHU by engaging and adding value; power to the people! 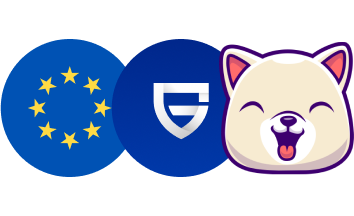 The current 1 Euro to KISHU exchange rate is KISHU. Get KISHU fast and without registration. Choose one of payment methods, that suits you most, either its credit or debit card or bank transfer and get KISHU. 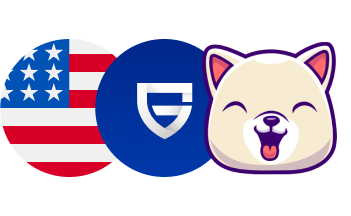 The current 1 Dollar to KISHU exchange rate is KISHU. Get KISHU fast and without registration. Choose one of payment methods, that suits you most, either its credit or debit card or bank transfer and get KISHU.

How to buy Kishu (KISHU)

In order to buy Kishu through Guardarian by means of payment systems such as SEPA, VISA, Mastercard, Union Pay, you need to perform just a few simple actions.

1. Select the preferred currency (USD, EUR, CNY) in which you want to buy Kishu.

2. Select KISHU from the drop-down menu at the top of the page.

3. Select the payment system you want to use to pay for your KISHU. We have provided a choice of popular payment systems such as Visa, MasterCard, Union Pay and SEPA.

4. Also, don't forget to specify the wallet to which you will send the funds.